There is still not so much information to be found about this part of the Alentejo, though recently a lot of articles are published about the beauty of this unspoilt part of Portugal, so the travel guides will follow soon.
Check out the site from the Alentejo Turism Board, Visit Alentejo  for some more information.

This video gives a great view of our wonderful surroundings:

Of course one of the main reasons you come to this area is for the beaches. The South Alentejan coast comprises wild, high, black jagged cliffs against which the Atlantic crashes in waves of churning surf.

Hidden between the cliffs are hundreds of small secluded beaches, even in high season it is not too hard to find a tranquil spot.
It is wonderful to play in the waves here, just you or with a surf or body board. Or just lie on the beach and listen to the sounds of the sea and the birds.

Ideal for smaller kids are the the river beaches on the  mouth of the Mira at Vila Nova de Milfontes.

In springtime majestic storks nest on the cliffs, and from above you get a close view, seeing clearly how they tend their young in their nests.

You can walk along the beaches, bike along the coast, or just lie down and be lazy. You can choose between the quiet beaches, without any buildings, where you have to take your own food and drinks.
Or go to the more visited beaches of coastal towns like Zambujeira do Mar and Vila nova de Milfontes, where there are restaurants to choose from, little shops for souvenirs and gipsy-markets.

Portugal Nature Lodge is situated in the Parque Natural do Sudoeste Alentejano e Costa Vicentina that extends from Sines in the north to Sagres in the utmost south-western point of the Algarve.

In the park you can make beautiful walking and mountain biking tours, as well as along the rough coast of the southwest Alentejo as through the hills in this area. The landscape is without exception beautiful and very divers.

The most wonderful beaches are reached by car in less than half an hour, there are plenty of nice small towns and villages and there are some markets in the area.

If you are looking for culture the area has, especially in summer season, plenty to offer. Each village (Troviscais too) has its ‘festa’, mostly a procession followed by a ‘baila’, traditional live Portuguese music at which everybody dances, often till very late.

The town of Sines has a World Music Festival every summer, and Odemira organises open air jazz-evenings in July.

The inland offers several historical sites, such as the Roman excavations at Mirobriga, on a steep hillside just north of the pretty, unspoilt town of Santiago do Cacem.

The village of Sao Teotonio (at 25 km) hosts the largest agriculture and cattle exhibition of Portugal, called the Faceco, every year in July.  When cattle-diseases don’t spoil it, as they did in 2008, this is something worth going to. With inspections, games, exhibitions of handicrafts and music at night.

In the first week of August the medieval festival in Silves is not to be missed.

The famous Algarve is not only very crowded, but also very beautiful. It certainly deserves a daytrip to the lively town of Lagos (a 1 hour drive) where you can take a boat trip along the spectacular red coastline with its cliffs and grottos. You can even see dolphins here. Well known and nice to go places like Albufeira, Faro, Silves and Portimao are just a 1,5 to 2 hour drive. Closer is the beautifully situated little town of Odeceixe, with its surf beach on the river mouth of the Ceixe. 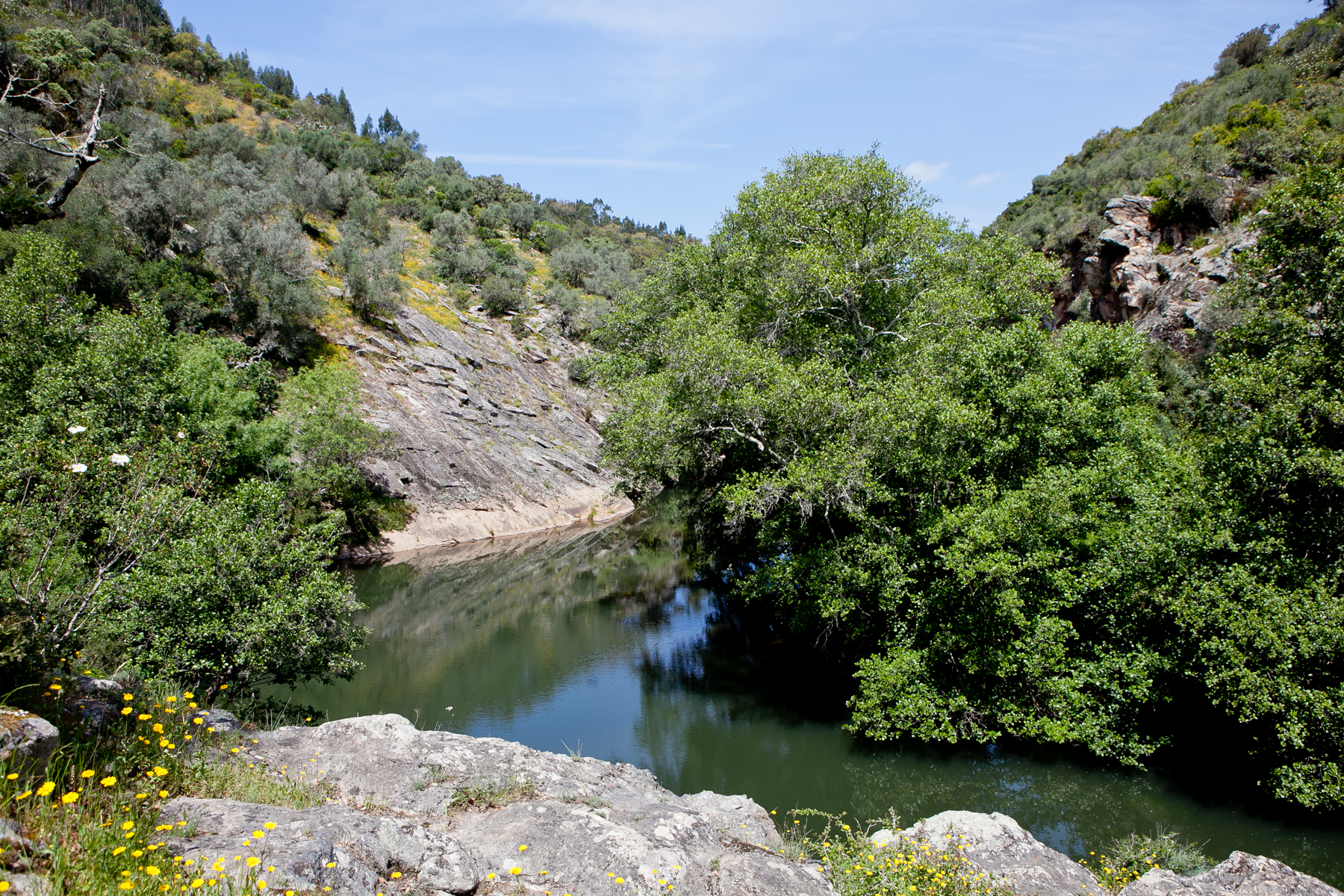 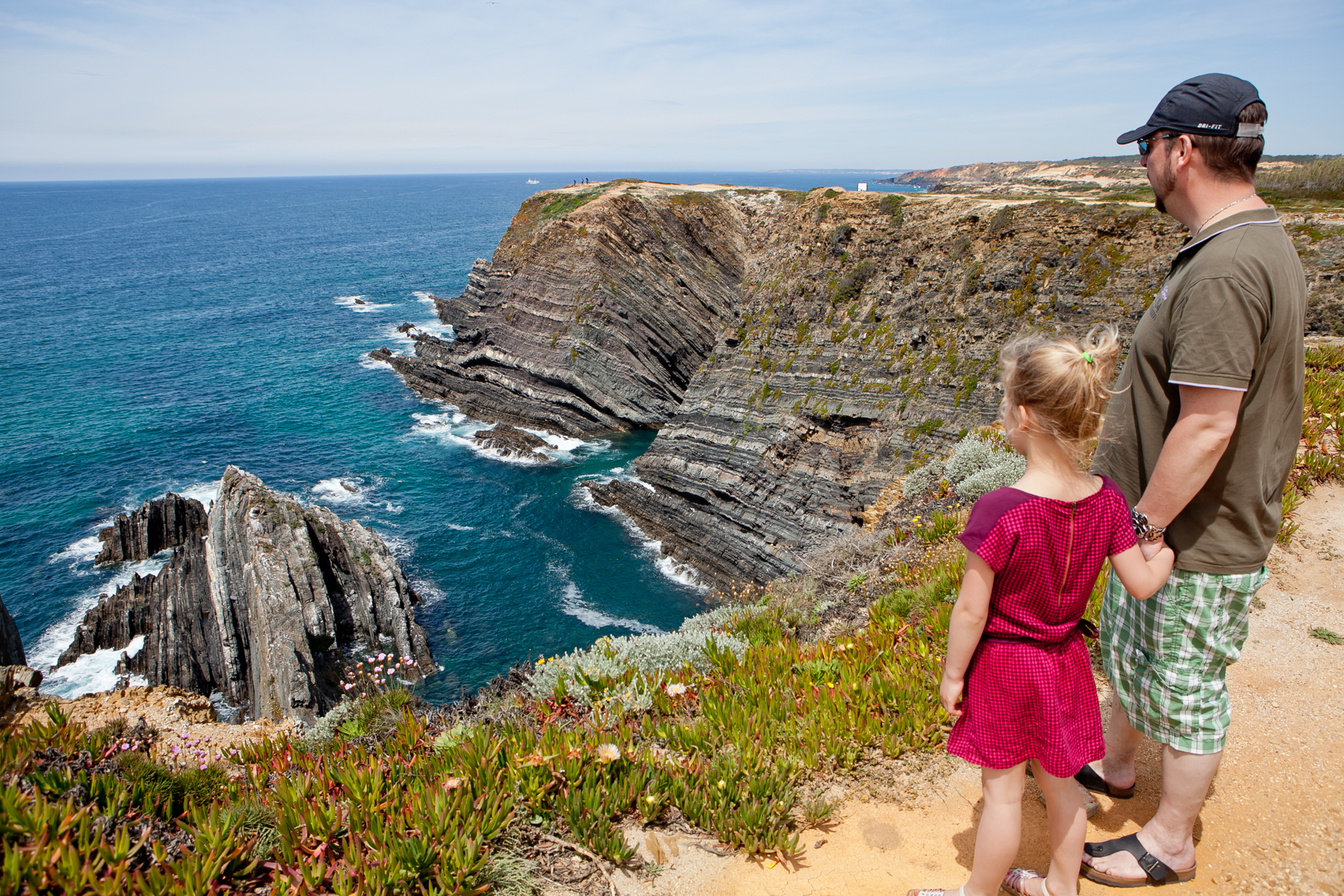 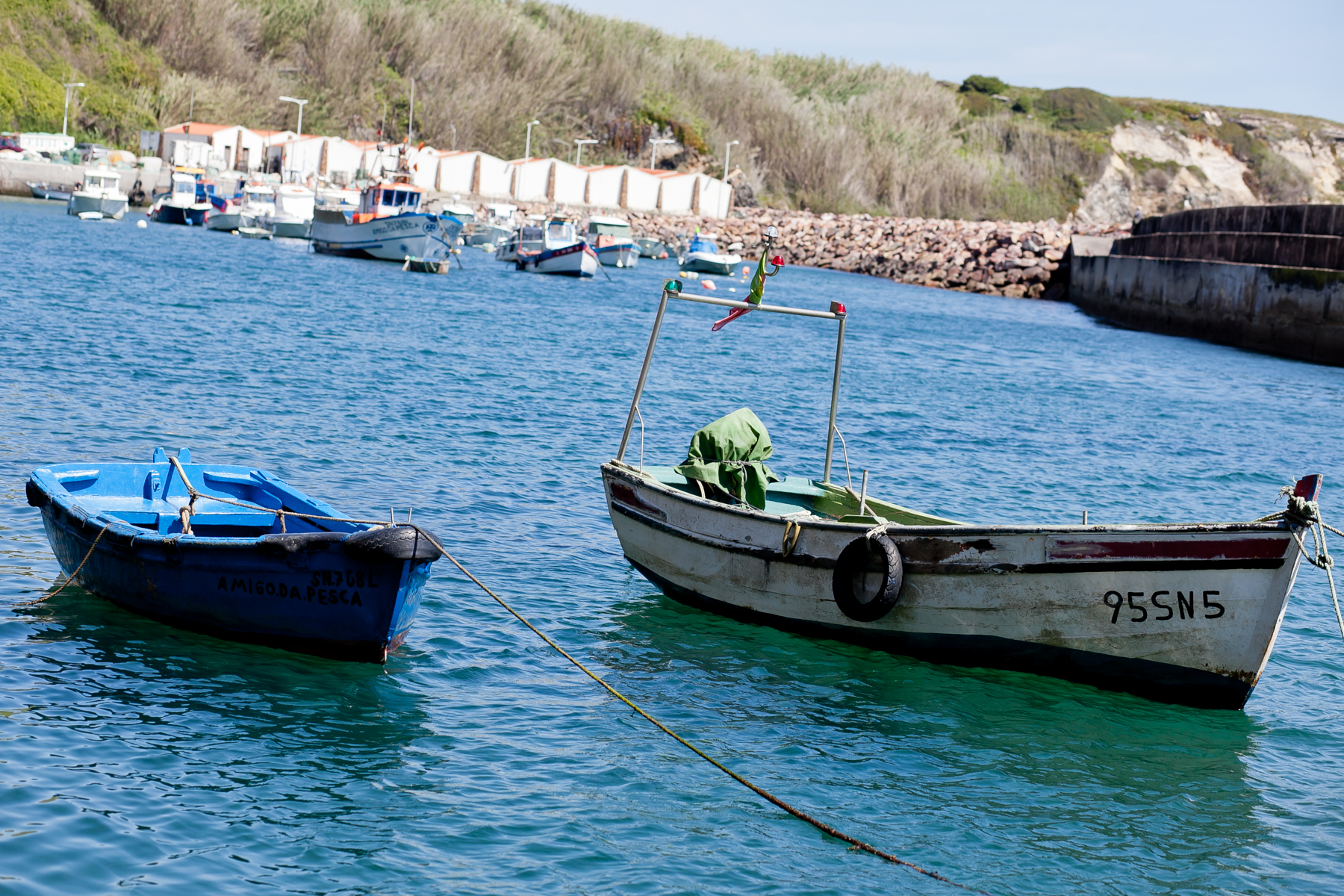 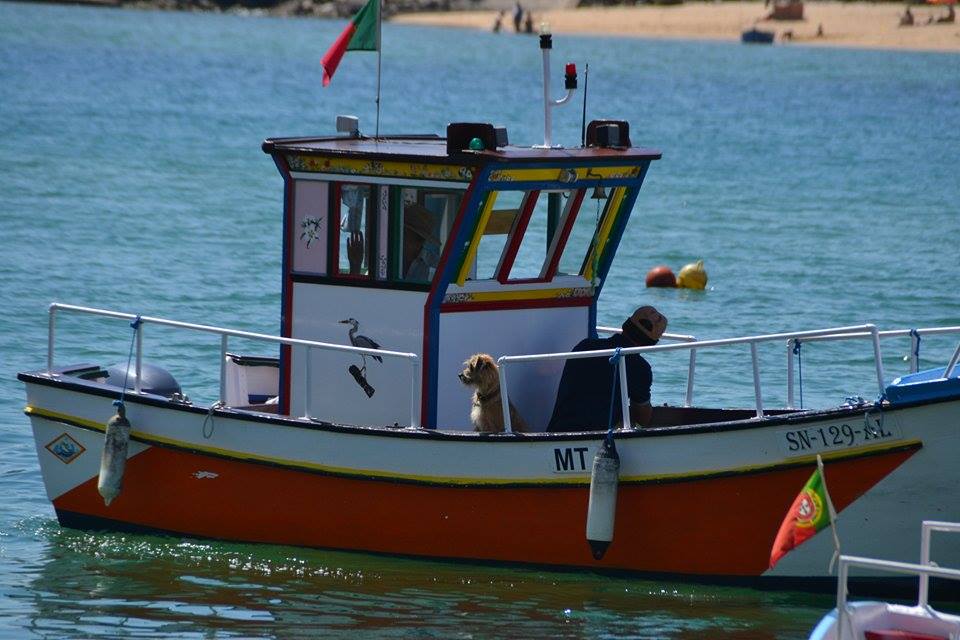 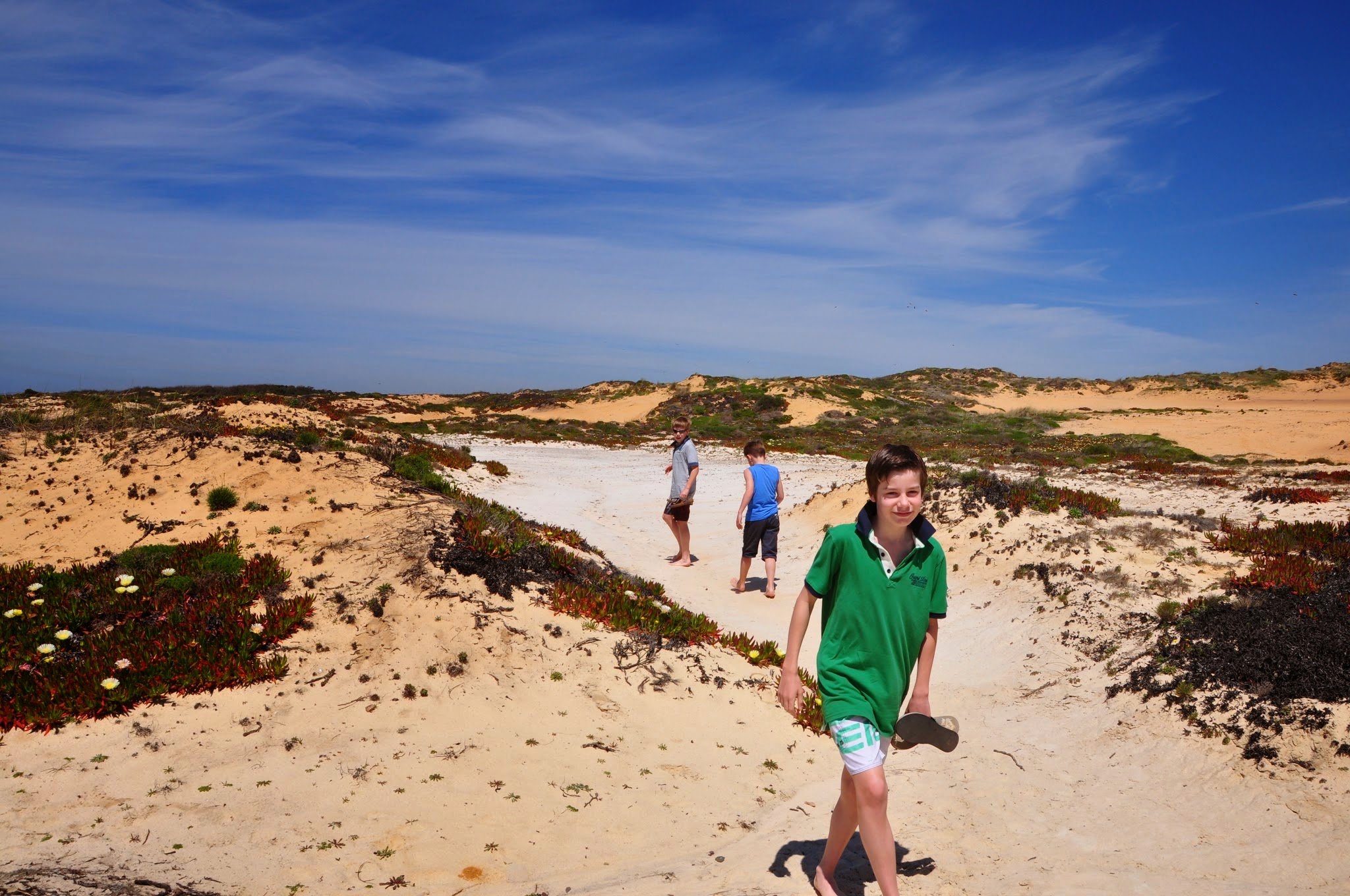 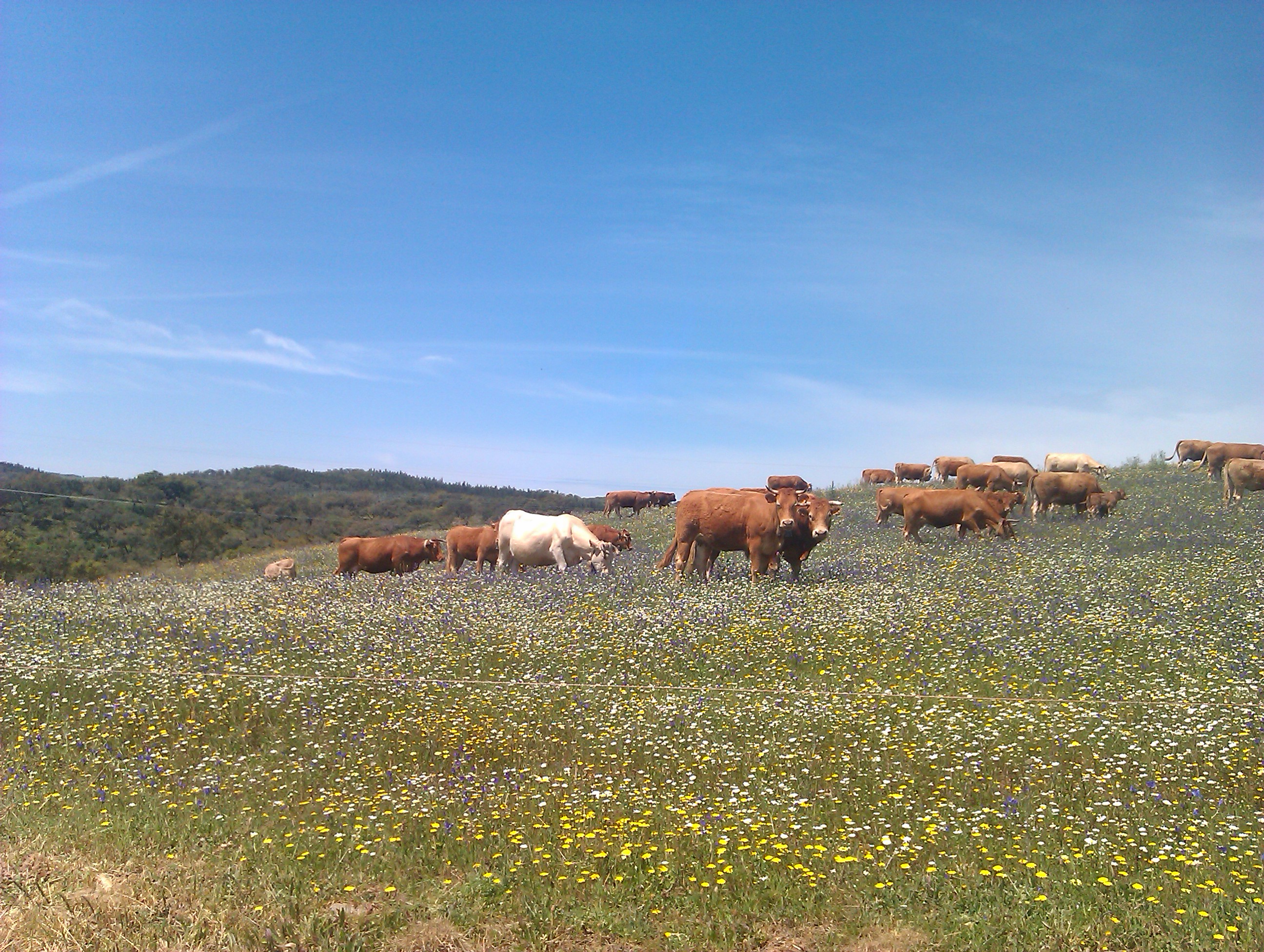 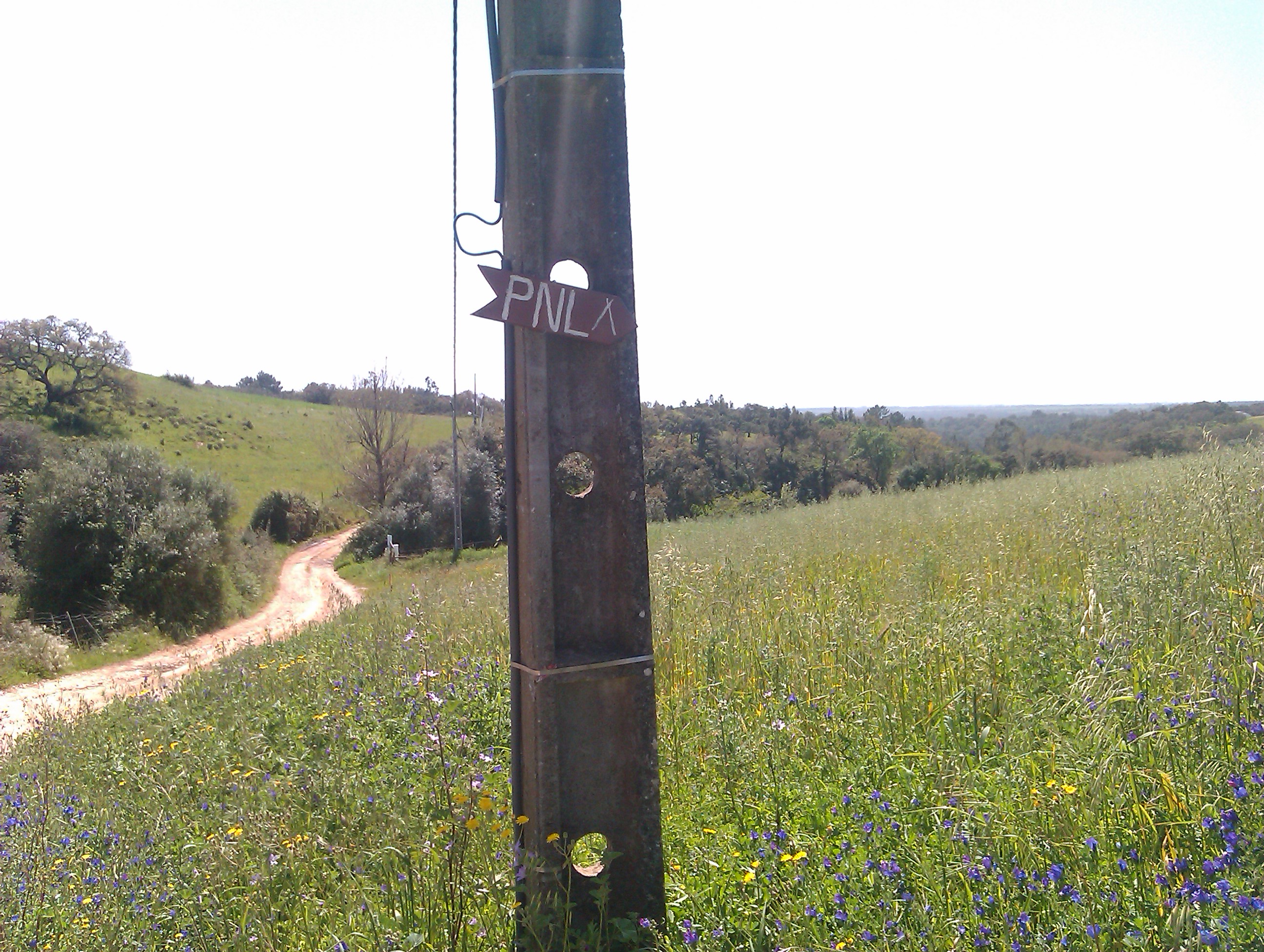 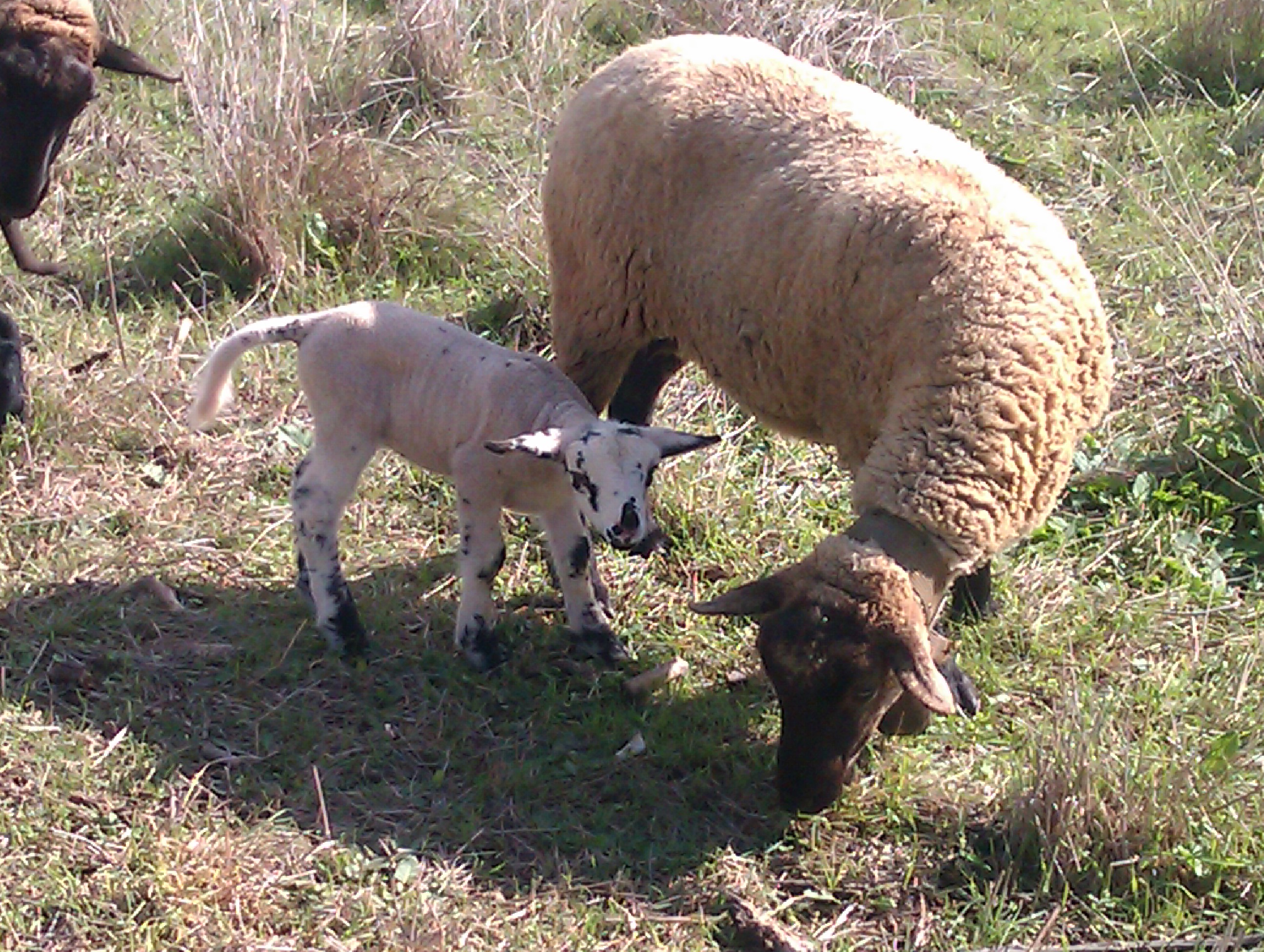 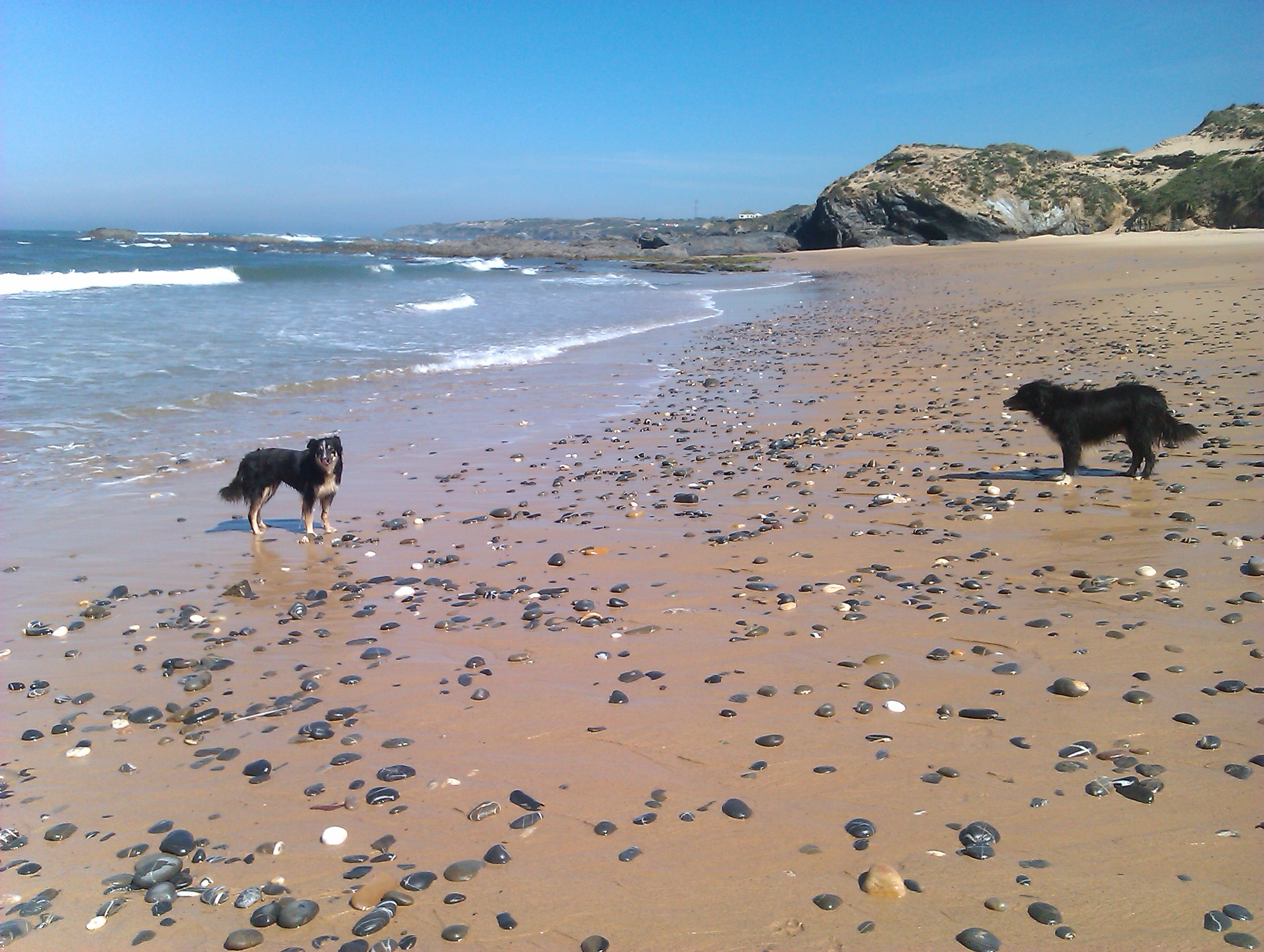 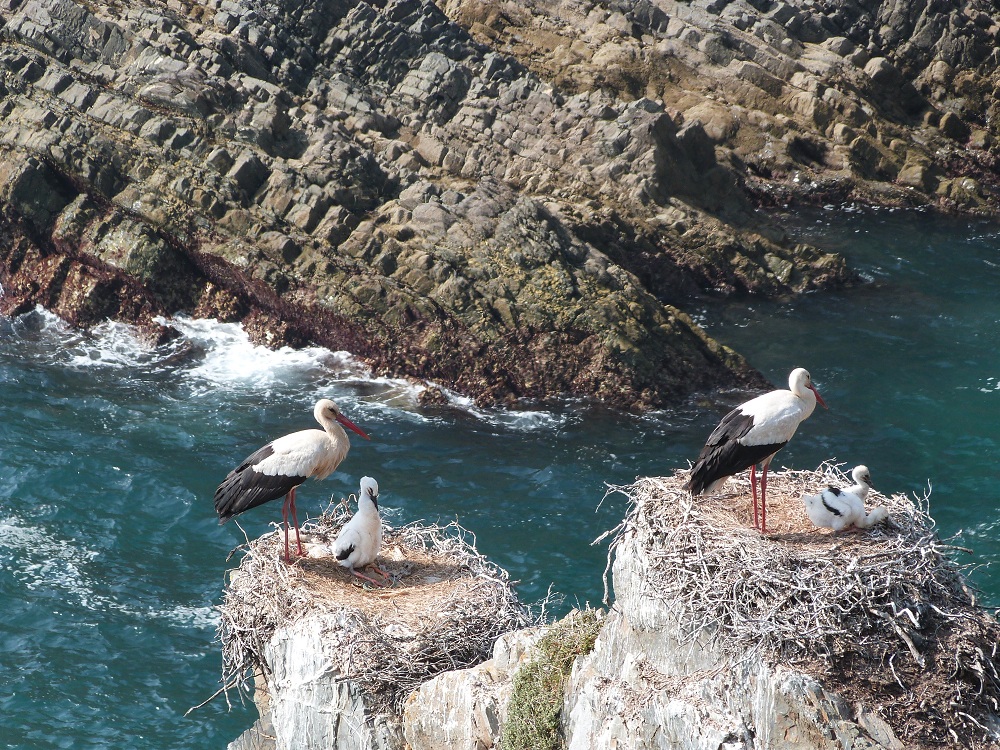 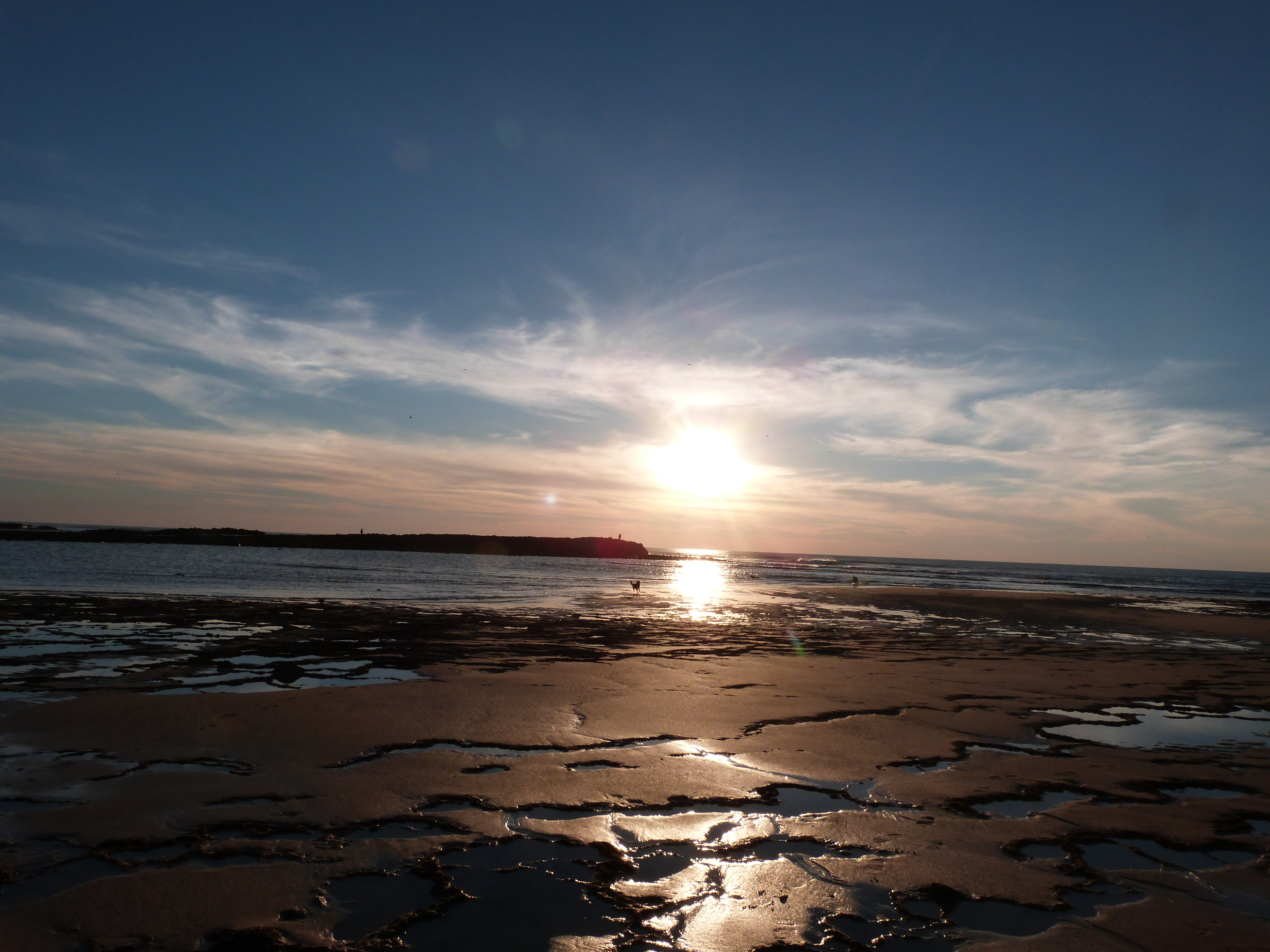 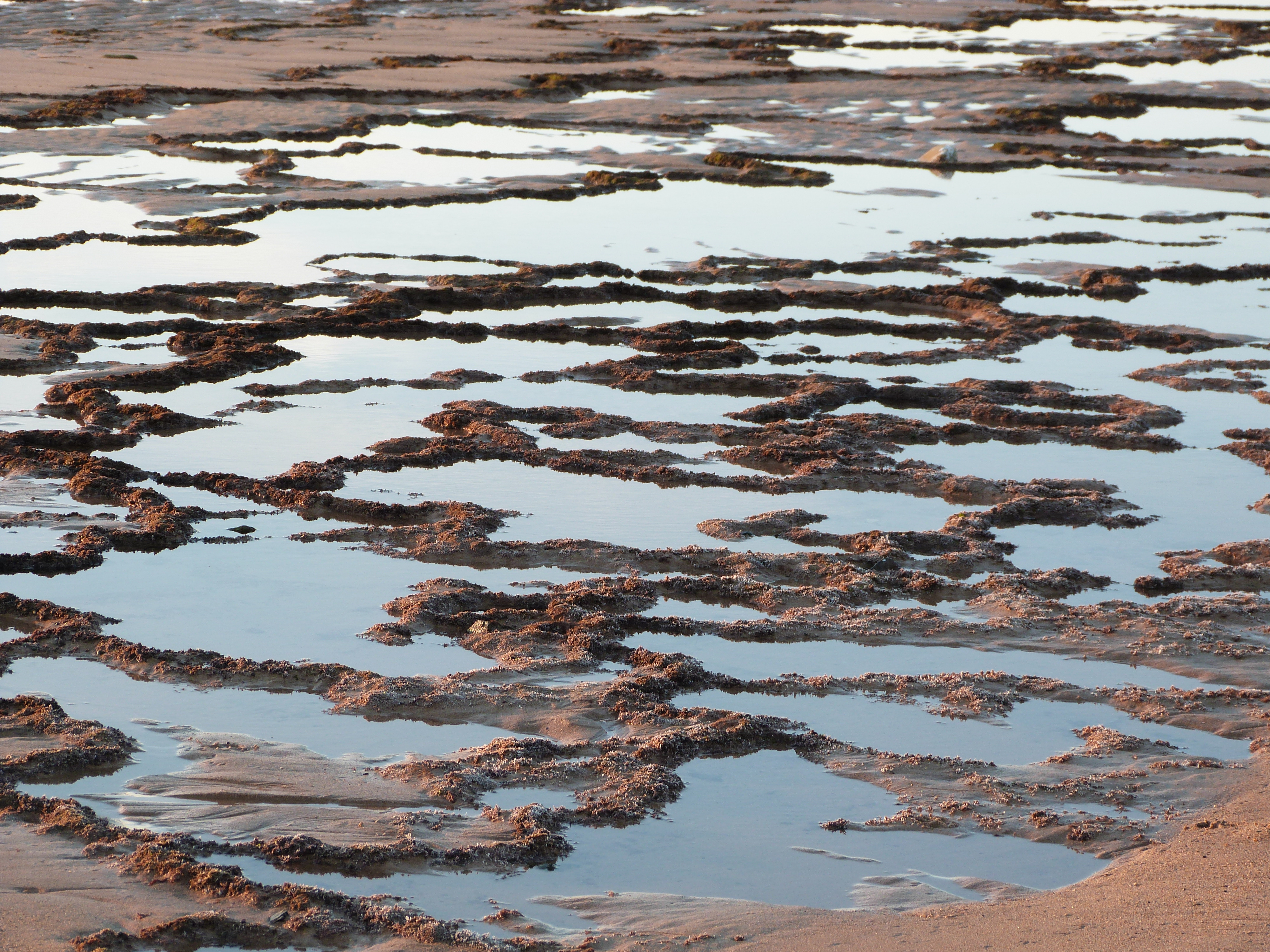 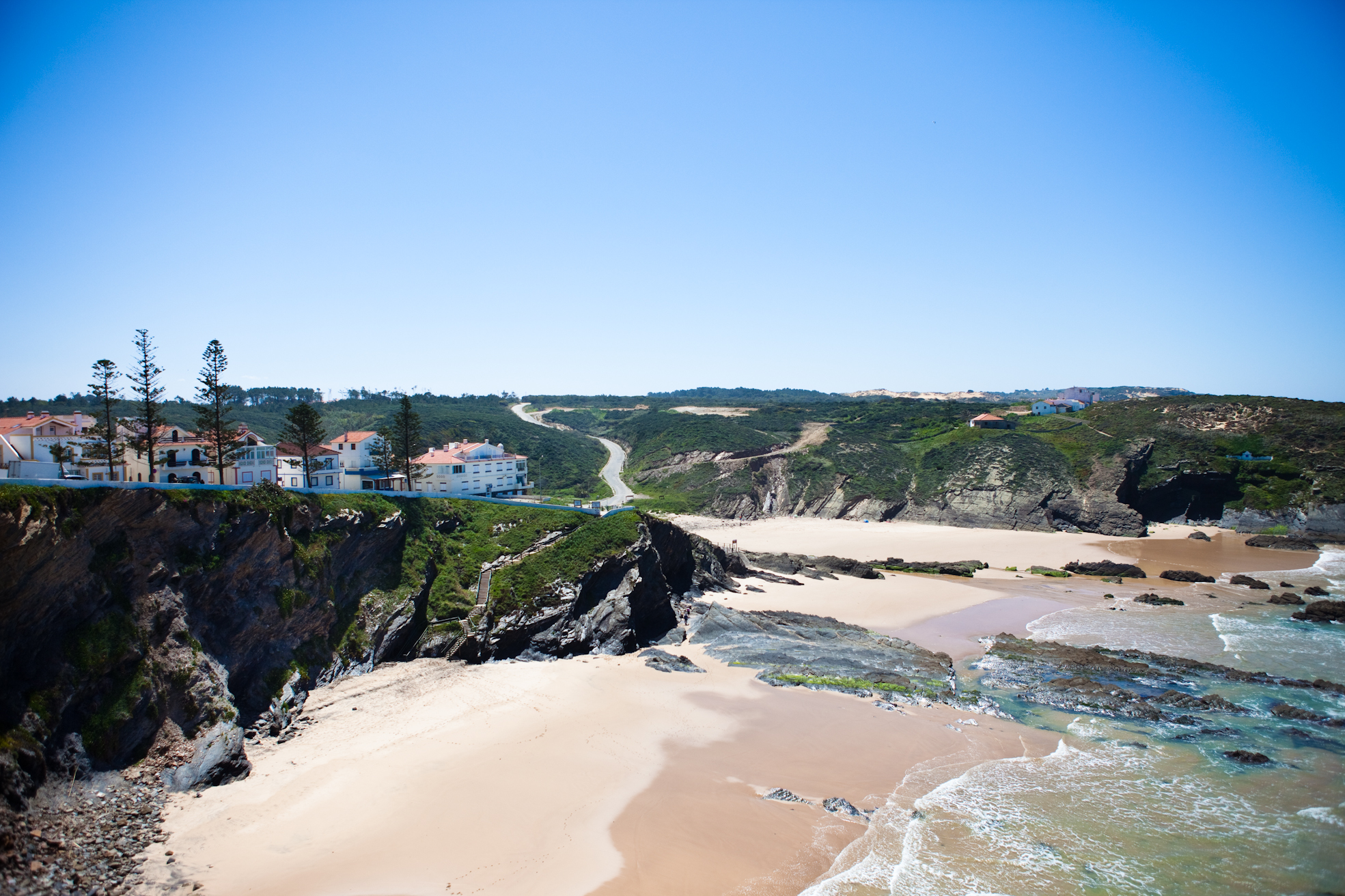 Portugal Nature Lodge
Eco Glamping in paradise in the Alentejo